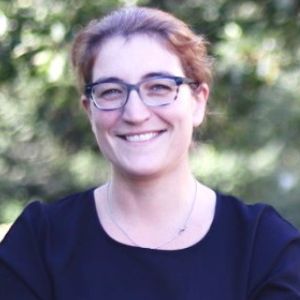 Anthocyanins are the main pigments present in young red wines, being responsible for their intense red color. These pigment in aqueous solutions occur in different forms in equilibrium that are dependent on the pH. At low pH values, anthocyanins are present in their red flavylium cation form but when the pH increases for values between 3 and 6, the flavylium cation form is hydrated yielding to the colorless hemiketal form that is in equilibrium with the pale yellow cis-chalcone form through tautomerization. Simultaneously, the flavylium cation is deprotonated to the respective violet neutral quinoidal base that at higher pH values can be deprotonated yielding the blue anionic quinoidal base. At wine pH (3-4), anthocyanin would be expected to be present mainly in their non-colored hemiketal form. However, the flavylium cation is the main form present in red wines. This is the result of its stabilization by different co-pigmentation mechanisms such as self-association and interaction with other wine components. Oligomeric anthocyanins (dimeric and trimeric) were also found to occur in red grapes and respective wines. Moreover, it was showed that trimeric anthocyanins reactivity is strongly dominated by acid-base chemistry, with the reaction sequence hydration - tautomerization - isomerization accounting less than 10% of the overall reactivity, which seems to indicate that polymerization may be a natural stabilization mechanism for the red color of anthocyanins. In addition, throughout wine ageing and maturation, the concentration of anthocyanins decreases dramatically and a color change is observed from red/violet to a more brick hue due to the formation of several anthocyanin-derivatives such as A and B-type vitisins and other pyranoanthocyanins that have been described in the literature over the years. Those compounds formed present a more stable color than their precursors (anthocyanins).  During this process, anthocyanins can yield polymeric pigments by their reaction with flavanols (directly or mediated by aldehydes). Moreover, it has been demonstrated that A-type vitisins (the main pyranoanthocyanins found in red wines) can also react with other wine components giving origin to polymeric pigments with different colors ranging from yellow to turquoise blue. Polymeric pigments are described to play an important role in the long-term color stability of aged red wines, however there is still a lot to know about their identity, chemical pathways and real contribution to the color displayed by red wines.

Apart from the chromatic features that anthocyanins and anthocyanin-derived pigments are able to confer to red wines, it has also been demonstrated that this pigments can be involved in astringency and bitterness perception of red wines. 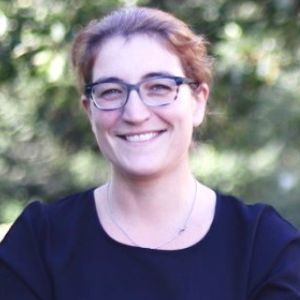