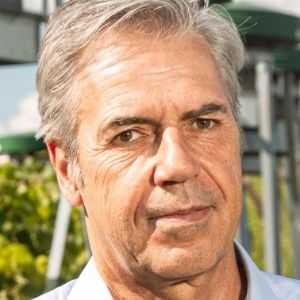 Climate change, regional adaptation necessities and impact on grape and wine composition – an integrated view on a moving target

Hans Schultz received a Bachelor of Science degree in Viticulture and Enology from Geisenheim, Germany (1983), a Master of Science in Horticulture from the University of California, Davis (UCD) (1986) and a Ph.D in Crop Science from the University of Gießen, Germany, in co-operation with UCD (1989). He worked in scientific positions at UCD, SupAgro in Montpellier, France, Charles Sturt University, Wagga Wagga, Australia, and the Geisenheim University. Since 2013 Hans Schultz is acting president of Geisenheim University and currently president of the Experts group ENVIRO on sustainable development and climate change of the International Organisation of Vine and Wine (OIV) in Paris.

Grapevines are cultivated on 6 out of 7 continents, between latitudes 4° and 51° in the Northern Hemisphere and between 6° and 45° in the Southern Hemisphere across a large diversity of climates (oceanic, warm oceanic, transition temperate, continental, cold continental, Mediterranean, subtropical, attenuated tropical, and arid climates). Accordingly, the range and magnitude of environmental factors differ considerably from region to region and so do the principal environmental constraints for grape production. Due to climate change, temperature, as the primary factor limiting the suitability for wine production is changing causing shifts in the regional distribution of wine producing areas and bringing “new” cool climate producers to the map and may be putting warmer areas at risk.

The recent publication of the IPCC report (2021, 2022) will be analysed with respect to regional projections relevant for Viticulture and Oenology across the northern and southern hemisphere. The presentation will examine the climate development of various regions across cooler and warmer grape growing areas, and the potential impact on varietal distribution. As a second major environmental factor, water availability is a constraint in many grape growing areas. But projected changes in precipitation (P) rates are only one part of the equation. Since the water cycle is coupled to temperature because temperature plays a large role in the evaporation of water from surfaces or the transpiration of water through plants (ETp), it is the balance between P and ETp which determines water availability and this balance is changing in different directions in various grape growing regions.

Both temperature and water availability have known effects on fruit composition. Much more difficult to quantify are effects through, for instance, changes in soils. We observe rising temperatures in the upper soil layers in access to the warming observed for air temperature. This will have an impact on the distribution of microbial populations, the decay rate of organic matter, the supply with nutrients, or the storage capacity for soil organic carbon (SOC), thus affecting the emission of greenhouse gases (GHGs) and the viscosity of water in the soil-plant pathway, altering the transport of water. Interactions between micro-organisms in the rhizosphere, the grapevine root system, degradation and fixation of SOC are complex and poorly understood but respond to environmental factors (such as increased soil temperatures), the plant material (rootstock for instance), respectively the cultivation system (for example bio-organic versus conventional, cover crop use versus open tillage for example).

It is one of the major challenges in projecting analytical changes in the fruit and wine induced by these complex changes of a viticultural system through climate change aside of the main components sugar and acidity.